The weather forecast was not that good: rain and low temperatures. And I would only have one afternoon to visit the city. I also knew Milan was not an impressive city but anything would be better than staying at the hotel's room, so I put a warm (and heavy...) coat in my luggage.

While arriving to the hotel, I noticed the weather was really dull and every single store seemed to be closed as it was Sunday.

I thought I would be alone with the idea of getting out of the hotel and see some spots of Milan but, for my surprise, the girls of the crew decided all to come with me!

We took the subway from our hotel (which is near to the Central Station) to Duomo. The Square with the Gothic Cathedral is a really nice site. 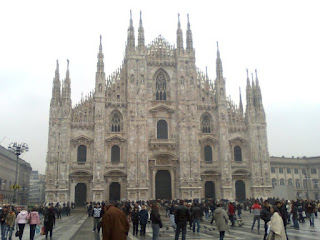 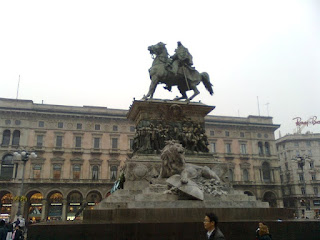 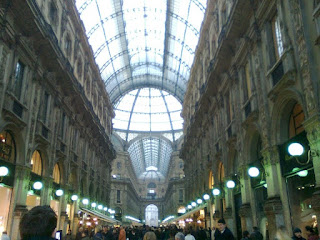 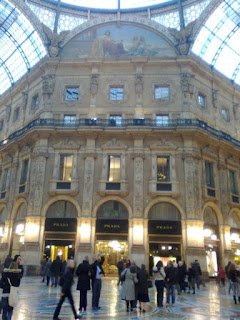 
Yep... this is definitely a city where people really care about fashion! Rome is so much nicer and historical...

We took some kind of lunch near the Duomo and then saw some clothes stores (some of which seemed to be like real discos by the type and volume of music one could ear). Then, with no more daylight, we returned to the hotel to take a rest for the next day of work.

We would fly the most recent aircraft delivered to the airline, CS-TNT, which (then) entered in service just a couple of days ago. Although we arrived the day before at Malpensa Airport we would now depart from Linate which was also a first for me.

Some data about this new aircraft: 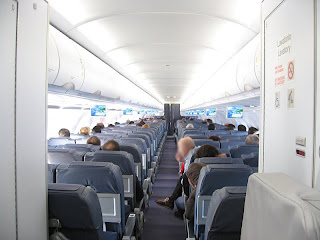 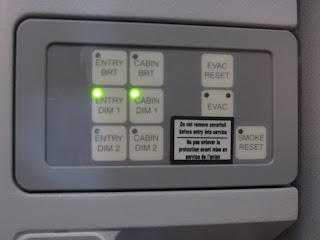 And finally... arrival at Lisbon! 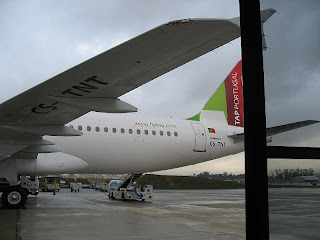 With the arrival of "Rafael Bordalo Pinheiro" it's time to say goodbye to CS-TNA "Grão Vasco"...
Publicada por Anonymous em 11:38 PM No comments: