These were some of the last flights we did for BRA before their demise. They had problems with their 767 fleet (one of the airplanes was even older than our TriStar) so they chartered us.

LUZ708 was the callsign of the transatlantic flight to Recife. We had a really nice layover in Recife and then we were moved to Salvador flying with Oceanair (now called Avianca Brasil). 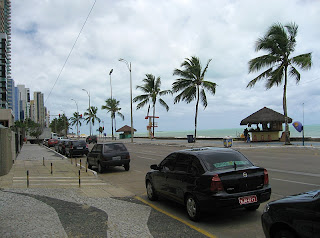 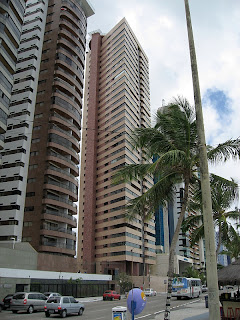 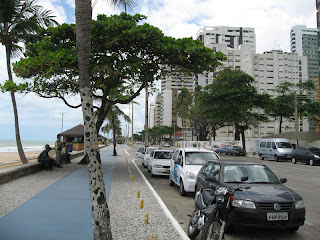 Efficient check-in and nice passenger's terminal at Recife. However, our flight was delayed one hour and a half. When we arrived, our aircraft was departing to Maceió and we waited until it returned to Recife again.
It was my first time flying a Fokker-100 (ups!) MK-28... The guy from Oceanair tried to convince me these were different designations for different aircraft! As some of you might know, Fokker-100 has a very bad reputation in Brasil due to several accidents and incidents with TAM, so Oceanair decided to "change" its designation to the public.

Oceanair's "MK-28" had a 2-3 seat configuration with a total of 20 rows that makes a capacity of 100 passengers. This flight to Salvador had a 100% load factor and my seat was in luck the 15B over the wings. Very nice pitch for your legs and very comfortable airplane. 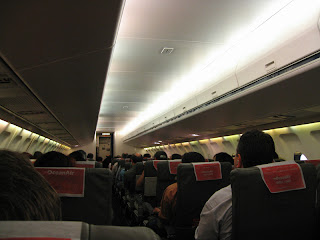 Fast turnaround and then taxi to runway 18 for take-off. The sound of those Rolls-Royce Tay is very particular. I knew that Fokker-100 didn't have slats, but I didn't know it could take-off even without flaps extended!

After lift-off we passed over Boa Viagem beach and it would be a one hour flight until Salvador. While up there, we witnessed a fantastic sunset. 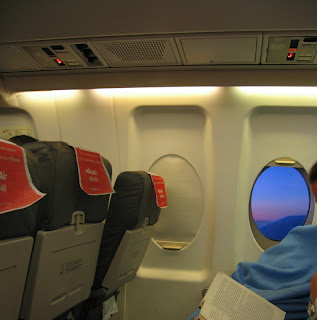 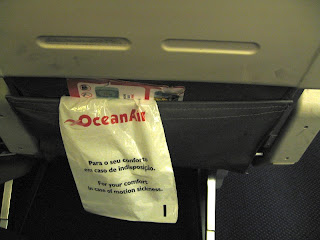 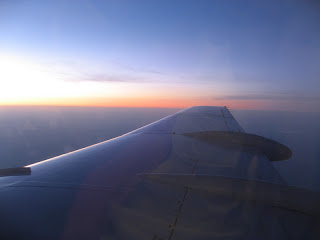 Oceanair's cabin crew served us a milk bread with melted cheese and I asked a "Guaraná" to drink. Everything was free of charge.

I took a safety card as a souvenir of this nice flight where you can see the MK-28 designation! 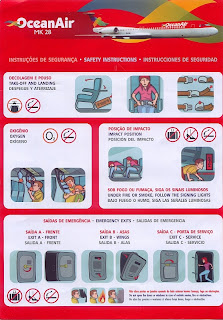 After this we would immediatly board our L-1011 CS-TMP for our red-eye flight to Lisbon. This awesome photo by Carlos A. Morillo Doria illustrates our departure: