It's been a long time since I've been to Geneva the last time, a city that being far from my favorites, I still like it. I find it beautiful, peaceful and a nice place to visit. Many would disagree with me but I'm used to it. In terms of European cities I seem to have a rather different taste.

I love Brussels which many consider grey and unattractive and I also like Helsinki but in this case even the locals react with disbelief when I try to convince them that I'm spending holidays there (forced holidays, I know - but they don't have to know it!). It's not uncommon to hear "Really? Why here!?".

The day started very early and I would be flying LIS-OPO-GVA, the first and short leg being with PGA - Portugália Airlines and its Fokker-100 registered CS-TPC. 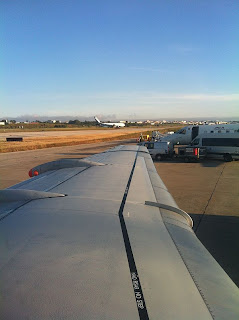 The second leg was operated by a TAP's A319, a smooth flight during which I tried to read a bit more of my "Flying Training" manual - in preparation for the final PPL practical exam - and after that I slept most of the time.

When I arrived at Geneva I already had plans for that afternoon: search for an aviation library called Aerodif that I came across while surfing on the web.

Located at Rue Lissignol, it wasn't really that hard to find it! I ended up buying two books that I was looking for, for some time (one of them seemed to be sold out everywhere).

Beside selling books, they also have several items for pilots and miniature models for collectors.

Then, with "shopping" completed, it was time to revisit Geneva! The weather was somewhat unstable but only a few drops of rain threatened my stroll.

And now, heading towards the Parc des Bastions.

At Parc des Bastions, let's play some big chess! I'm not a chess player but I find this so funny and unusual, I had to see it again! 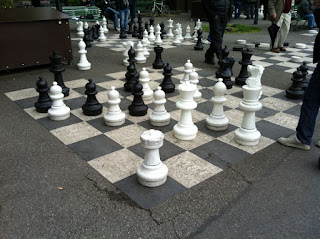 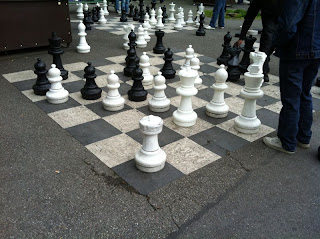 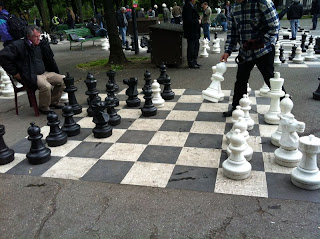 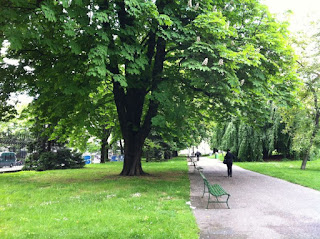 Since next day another early morning was due, time available was not that much so I had to return to the hotel. Inside the bus I managed to take a picture of a building with a green roof - what a great idea :) 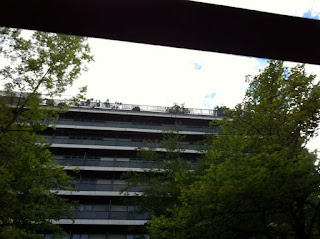 A few hours of sleep and I was ready to return to Lisbon... 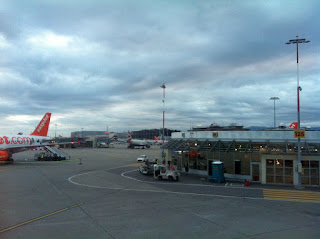 ... and short after take-off, what a great view with the Alps emerging in the background above the layer of clouds! 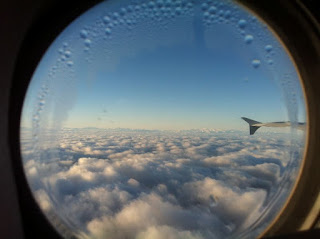 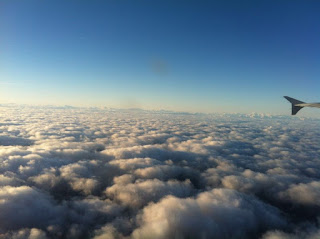 Geneva, it was nice to meet you again!
Publicada por LisbonJet em 1:58 AM