Before going to Frankfurt we had a night stop Barcelona. One photo of TAP's main hangar before departure to BCN,


and another one when we arrived back in Lisbon as dead head crew in a PGA's Embraer 145 (CS-TPJ).

Then it was time to fly to Frankfurt!

Saturday morning, I decided to go for a walk... The day started with rain but the weather improved greatly later.

First couple of photos near Messe Frankfurt where our hotel is located, 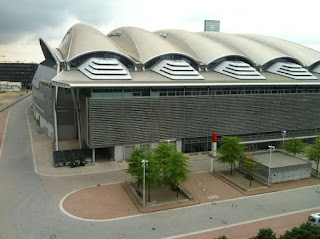 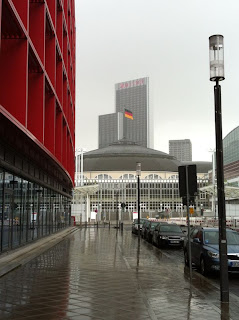 and then a stroll alongside the Main River... 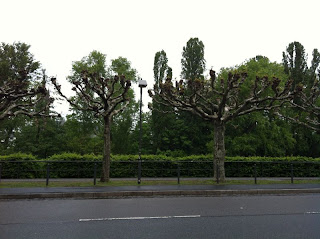 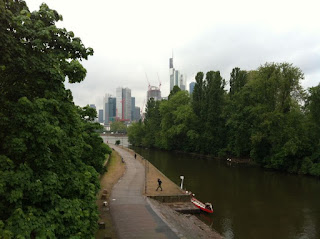 Going to the very centre of the city, I found a nice outdoor with a classic Junkers Ju 52. 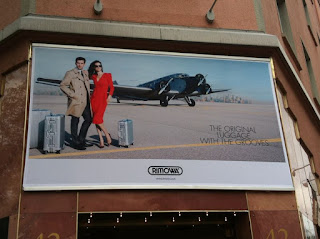 Inside the mall, Saturn was the most interesting store for me.


I had lunch in a McDonald's nearby the mall. 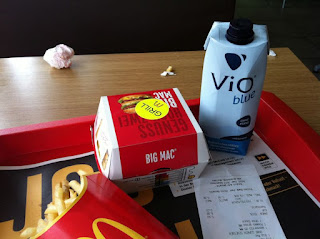 
And no doubt Frankfurt Airport is a big european hub. You can evaluate that by the great number of airlines present in the city.


And while going back to the hotel...