Back to the long-haul flights

I had my Conversion Training for the A330/A340 in May and my first long-haul flight was planned in August only. But operational needs anticipated my debut. I was happy to have São Paulo as my first destination since I have fond memories of staying there after spending two periods of holidays at São Paulo in 2011.

I confess I was anxious. Much more than I was on my very first flight in 2007. I had some reasons for that: two months had passed since I had the conversion training and I was asked to change my original (medium haul) roster only in the evening of the previous day before the flight, which would depart early in the morning. I had very little time to prepare myself and to refresh my memory. I hate the feeling of being lost inside an airplane... But everything just went fine and I had the luck of already knowing three members of the crew.

The aircraft was an Airbus A330 with registration CS-TOI named "Damião de Góis" - the second prototype of the Airbus A330-200. This would be a new registration in my "logbook". Being part of the batch of our oldest A330s, although every seat has a LCD screen, the IFE is not a AVOD system.

My preflight checks were somewhat sluggish since I was getting to grips with the odd numbering and location of the compartments where the equipment was stowed. Booking was near 100% for that flight but boarding was extraordinarily easy and fast when compared to those in the medium-haul aircraft - ahhhh... the joys of having two aisles - each one serving four seats per row instead of six - and a center line of big overhead bins. Even the in-flight service seems to be easier. Despite being a bigger aircraft the feeling is that each one of us tends to serve less people.

Our flight to São Paulo would have a duration of 9h45 - nothing that got me impressed. I was used to it since the time I was a kid flying on holidays to Brasil. But there is a little detail: this Airbus is equipped with a LDMCR which means I could sleep in horizontal position for 2 hours! I was even shaken by a slight and convenient turbulence during my rest period. Definitely I will get used to this... The L-1011 I used to work on only had four regular passenger seats isolated by a privacy curtain in front of the mid galley bulkhead, which were sold and occupied most of the flights we did...

When we arrived at the hotel in São Paulo - which I already knew - with my adrenaline levels back to normal again, I was happy but dead tired. Not because of the flight itself but mainly because I was only able to sleep very few hours in the previous night in Lisbon. So, my short stay in São Paulo was dedicated to some sort of "sleep therapy". However during the transport from and to the airport, I could recognize many of the places I have visited three years earlier.

The first A330 registered in Portugal was a -300 delivered to Air Luxor in 2002. And it was the first A330 I have flown as a passenger in 14/11/2003 on a LIS-FNC-LIS round trip, invited by Capt. Carlos Mirpuri, vice-president of the company. I always found the A330 a very graceful airplane and after that flight I was pretty much convinced even if the L-1011 remained my favorite.
Later, under the same conditions, I was lucky to fly on another Air Luxor A330-300 - CS-TQF.
Some photos of those flights can be seen here.

In October 2006, during my trip to New York, I finally flew on a TAP A330-200 with reg. CS-TOE. The first three were delivered that year and they still had a cabin configuration with 48 Business Class seats inherited from Swiss/Lufthansa. Today, all TAP's A330s have 24 C/CL seats.

More recently, on holidays, I have flown on CS-TOO (LIS-GRU and TER-LIS) and CS-TOH (GRU-LIS). So, as a passenger, I had lots of A330 "experience"!

So after a short stay in São Paulo, it was time to return to our base, this time flying on a A340 - CS-TOD. Just before leaving the hotel I took these photos illustrating the concrete jungle this town is. 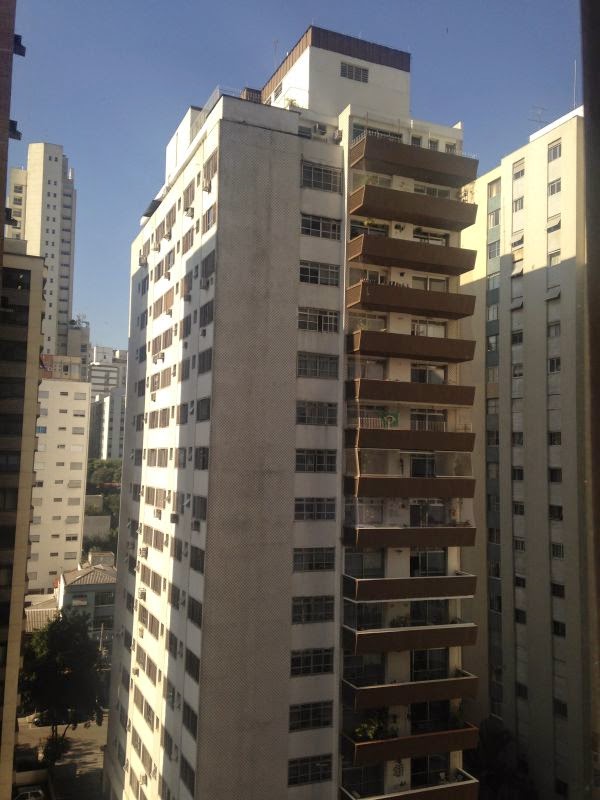 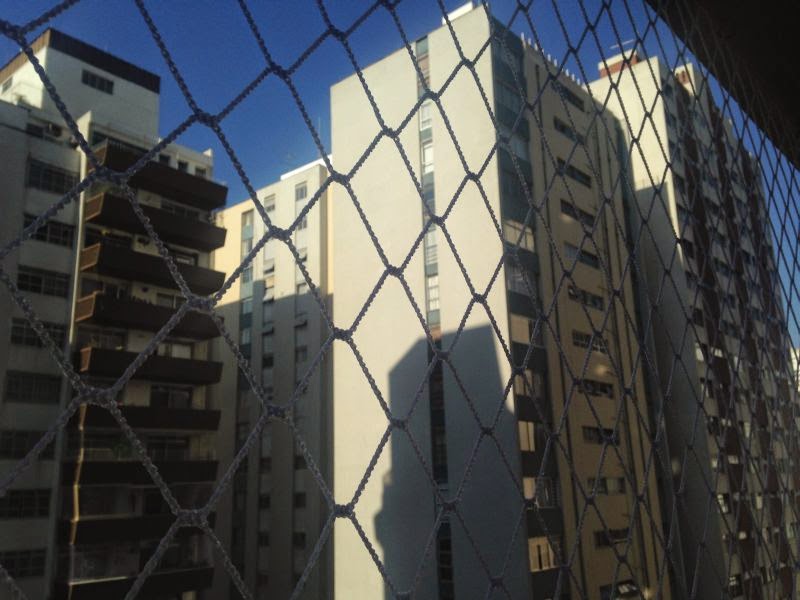 And this one I took on our way to the airport.

Our airline recently moved to the new Terminal 3 at Guarulhos Airport which looks really nice and seems to work efficiently without forgetting it's still running very far from its capacity.

Fortunately I had some time to take photos to the cabin just before boarding started. 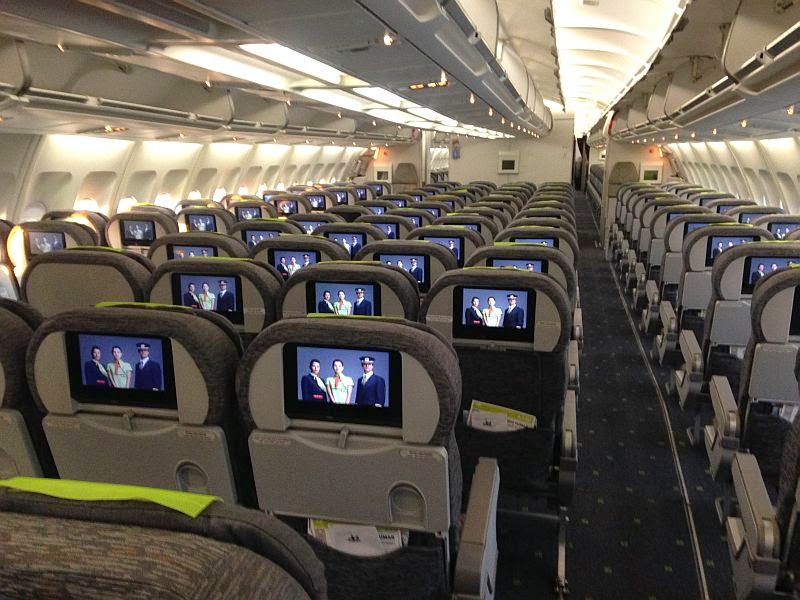 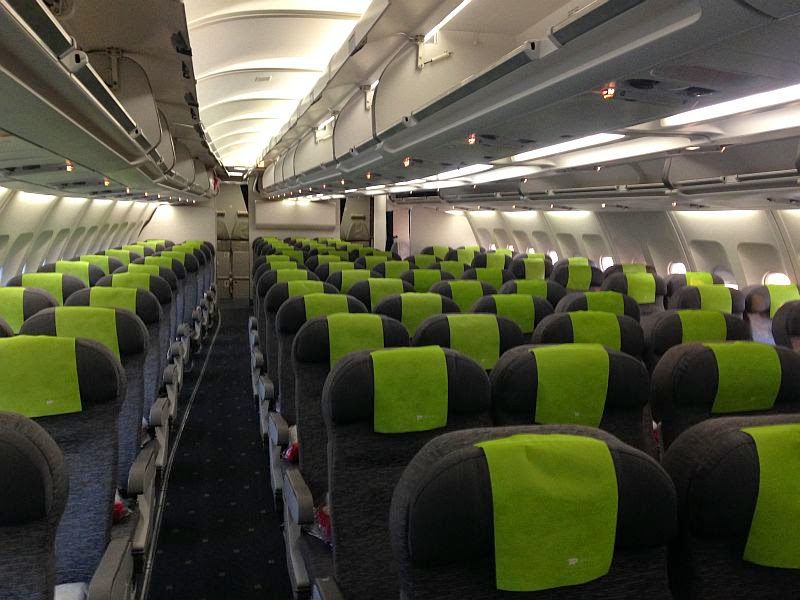 Our airline refurbished the cabin of all its four A340s with new seats in Economy Class and with a new AVOD IFE system. It was a great job - I must say!

The flight itself was smooth and uneventful, with a duration of 9h15. While the A340 does have special seats for cabin crew, it lacks a LDMCR so conditions for a good rest are not as optimal as those we experience in the A330 fleet.


All passengers out and time for some photos on the tarmac! 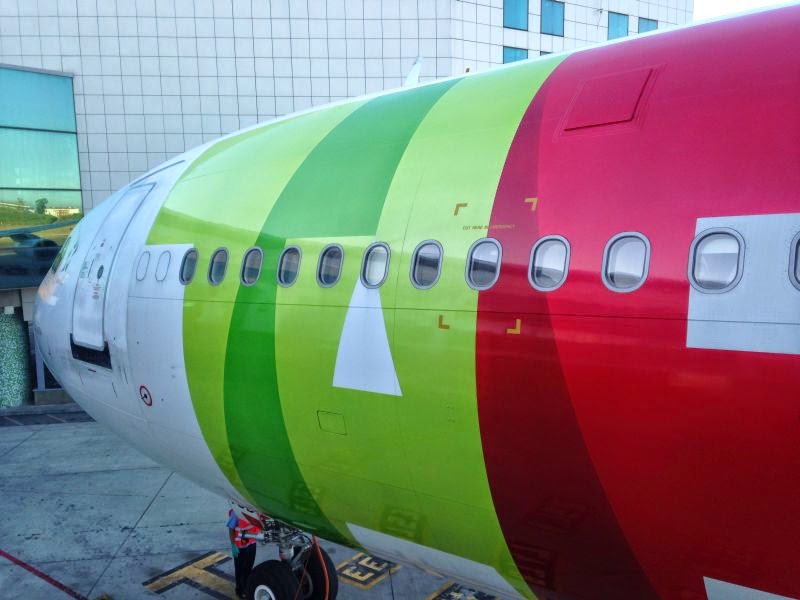 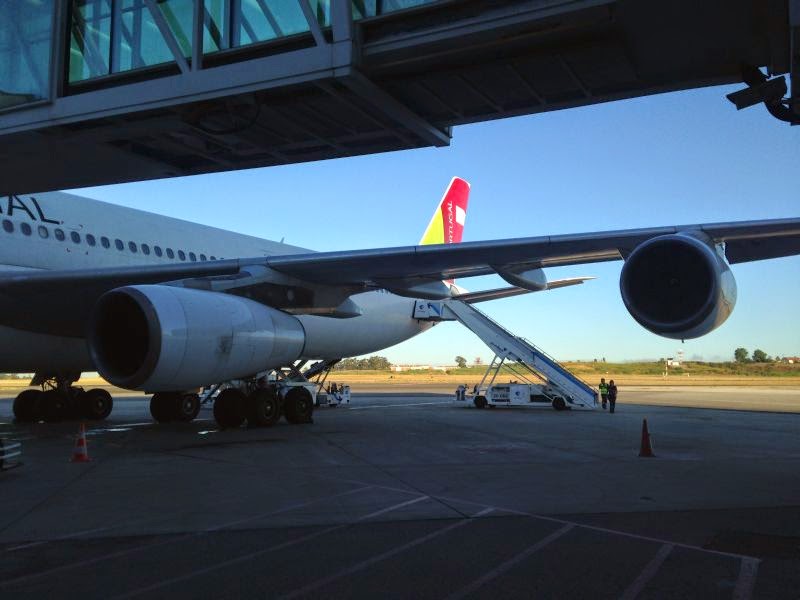 I must confess - I was anxious to work on the A340. The A340 was always a hate/love relationship. It replaced my beloved L-1011 at TAP but on the other hand I clearly remember being excited when I was a kid in the late 80s and TAP announced its option for the A340. Afterall, the perspective of having again a wide-body aircraft with 4 engines and the fact that it was bigger than the L-1011-500 was really exciting.


I'm quite sure the next picture was the very first rendering of the A340 in TAP colours! It looked so neat and beautiful...

This image was also used for the first postcard issue for the A340.

The first time I saw a A340 in real action was in 1993 at Rio de Janeiro/Galeão airport. I can't remember if it was from Lufthansa or Air France. I was impressed with the dihedral of the wing when seen from behind.

In 1996, my father was nearing retirement as an aircraft mechanic and I asked him to spend a last day of work with him at the hangar. Except for a L-1011 that was being phased-out (completely stripped of its interior) in which my father was working, Hangar 6 was empty. The L-1011 was being worked at one end of the hangar. Suddenly the big doors of the hangar started to open on the other end and... whoaaa... an A340 was getting in! I ran like crazy from one end of the hangar to the other to see the brand new aircraft! Unfortunately, that A340 only came in just for a few minutes before leaving again, so I couldn't even get inside despite my father's efforts.

Being the most "vintage" aircraft in the fleet, the A340 is my favorite one. They will get phased-out in 2017 when the new A350 is supposed to replace them. Having already "phased-out" the L-1011 six years ago, it will be a strange feeling of getting old when that happens. It was just like yesterday when those aircraft were brand new!

I loved this new experience since the first second I got on board CS-TOI. Being part of the mixed fleet (flying both medium and long-haul) means that from now on I will have the best of two different worlds. I'm already waiting anxiously my next long-haul flight!
Publicada por LisbonJet em 1:25 AM

Thank you for your post!
Have happy LH flights. Have you stopped flying the narrow bodies altogether?

I'm flying both fleets hopefully for many years to come!

Good to know!
Maybe we will fly the same route one of these days! I shall be flying to CPH on the 22 and returning on the 26. My nearest flights with TAP.
All the best
Zé