Lately, I've been flying a lot on this small airplane - the Embraer 145. From a passenger point of view, the Embraer 145 is a nice airplane if the flight time does not extend too much. For a 1:40 flight like this one, it's still OK. The small bins of this Embraer mean that many cabin trolleys don't fit inside them and have to go as carry on baggage in the bulk with a "Delivery at Aircraft" tag.


We departed with a clear day, providing a great view over El Prat airport after the typical sharp left turn when departing from runway 25L. 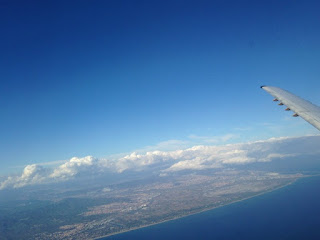 And now, some Spanish landscapes after reaching cruise altitude... 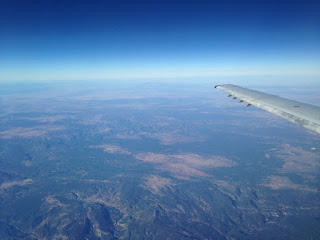 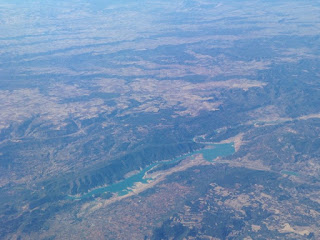 
And the final approach over beautiful Lisboa... 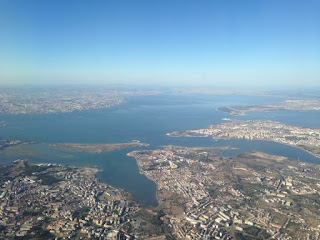 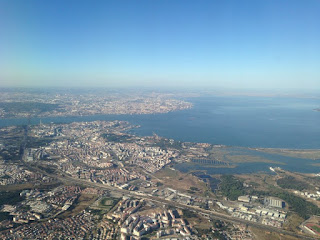 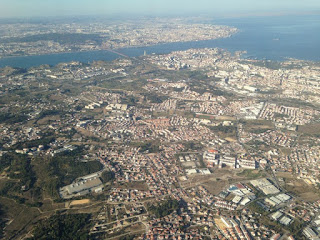 After landing, and on our way to the parking ramp, a nice view of one of TAP's flagships.

And finally, a beautiful Falcon 7X which unfortunately recently had a ramp incident, in Lisbon Airport.

It was with some surprise that I was called the previous day to fly to Miami since it's a very popular and wanted destination among the crews. For me it would be the first time in seven years that I would enter the US again and also my first time in Miami.
Flying on the good old A340 - which took 8:35 to cross the pond - we descended towards Miami still with daylight. Perhaps due to air traffic congestion we extended our approach way over the Everglades which I could see from my observation window while sat at door 3LH.

Everything went smooth during my third entry in the US, especially while passing through the Passport Control. I was just asked about the pilot's strike which took place some days earlier.

As we were leaving the airport, I could see plenty of AA airplanes, several Centurion Air Cargo MD-11s and the sole 737-800 of the new Eastern Air Lines! Outside the airport they were announcing the return of a "legend" to the skies next 15th May. I don't know if it really happened or not.

Our hotel situated at South Beach is a crew only hotel. One can immediately realize that at the lobby front desk where they have exposed several aircraft models which are gifts from the crews that stay there. One example of our airline (which started flying to Miami only a few years ago) is also present!

The rooms are spacious but the decoration is really old and typically american. Being built on the oceanfront it gives you direct access to the beach which makes its nice pool a little bit useless - at least for me!

First impressions of Miami Beach: big cars, some limos and Spanish is for sure the second language spoken. You also see many Brazilians around here.

Of course I spent most of my stay enjoying the beach and the incredible warm sea water of Miami! Such a summer destination made me remember my glorious charter days with the L-1011... 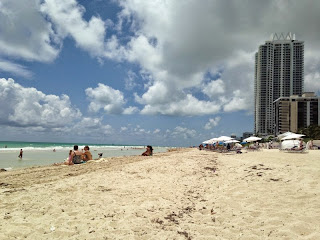 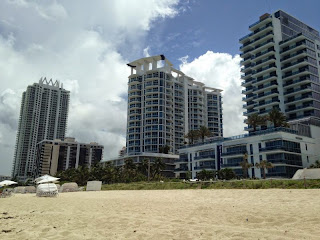 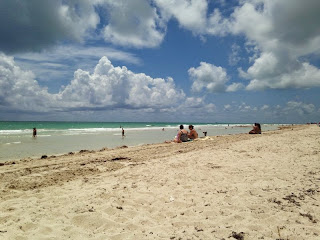 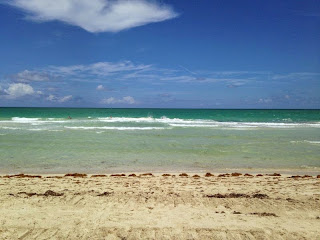 As an extra (for an aviation fan) several reciprocating engine aircraft flew over the beach towing large banners: 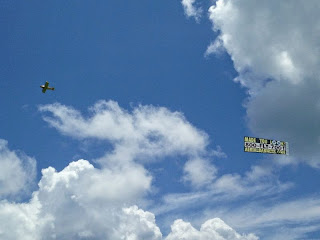 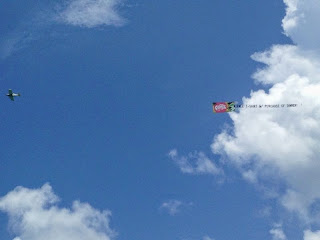 I also had the opportunity to spot the amazing Lufthansa A380 leaving the coast towards Europe.

The other side of the beach... 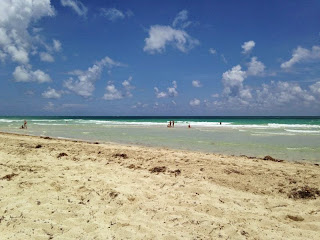 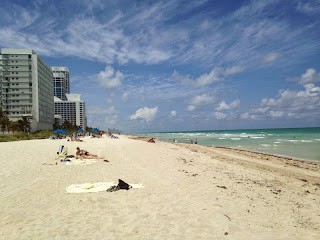 On the second day I went to the famous Lincoln Road, a pedestrian mall with shops, restaurants, galleries, etc, and ended the day eating some awesome spare ribs at the Big Pink restaurant and going for a night walk along the Ocean Drive.

Next day, a rest was needed before our red-eye flight back to Portugal. I thought the beach was perfect the place for this purpose...

Before leaving the hotel I took these last pictures showing the window view from my room: 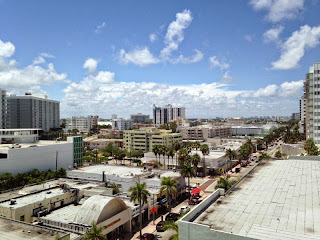 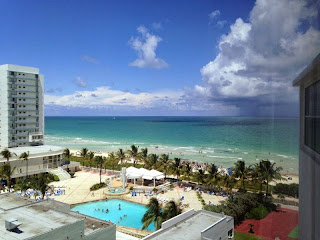 I really didn't want to leave! Miami Beach is completely different from the other America I knew (I mean New York) but it's also a fascinating place to visit!

Back to the airport I could notice the 737-800 of new Eastern Air Lines was on the very same place and I could also see a pair of Amerijet 727s - still one of my favorite aircraft types.

Smooth take-off and climb on our A340 back to Europe and the amazing sight of the turquoise waters while leaving the coast, made me want to come back soon!
Publicada por LisbonJet em 8:03 PM 1 comment: