This was my second time flying to São Vicente Island, in Cabo Verde. And during the approach the same déjà vu feeling: windy and bumpy but a great soft landing! Even on the ground the wind intensity was very high. With the aircraft stopped, during the turnaround time, the feeling inside the airplane was that of having light turbulence!

Email ThisBlogThis!Share to TwitterShare to FacebookShare to Pinterest
Etiquetas: VXE

Flying with Air Luxor to Praia

As promised in the previous Helsinki post, I'm sharing now the photos of my first flight on CS-TQD, an Airbus A320, which by that time operated for Air Luxor.

Air Luxor was such a great and fascinating private airline that unfortunately didn't succeed. They had all types of operations: scheduled flights, charters for tour operators (including their own) and ACMIs.

Air Luxor got CS-TQD in 2003 from Swiss International Air Lines, when this aircraft was only four years old. Since Air Luxor operated long flights over water and desert with the A320, CS-TQD was modified to accomodate ACT tanks and got its evacuation slides replaced by slide-rafts. This way, Air Luxor managed to get the ETOPS certification on this aircraft.

Today, with TAP Portugal, CS-TQD is not ETOPS certified anymore but we can still find the slide-rafts which are noticeable by the bigger containers attached to the doors.

Praia International Airport was opened in late 2005 replacing the old and more limited infrastructure and providing Santiago Island, in Cabo Verde, with a decent runway. Air Luxor took the opportunity to start scheduled flights to this Island.

It was great to be invited for an observation flight to this new destination enjoying not only the Business Class service but also spending most of the flight time inside the cockpit. Like TAP does today, for the crews this was a round trip flight, all night long.

During the turnaround time, we were free to move on the tarmac and explore the outside of the aircraft and see the new airport.

Before our departure, I was allowed to insert the flight plan in the MCDU under the supervision of the First Officer.

Due to the short runway and high temperature we had to use "Flaps 3" for take-off.

Both legs have a duration of approximately four hours, so I also had plenty of time to explore some unusual angles in the cockpit. 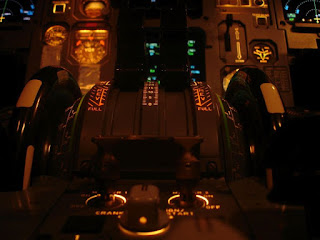 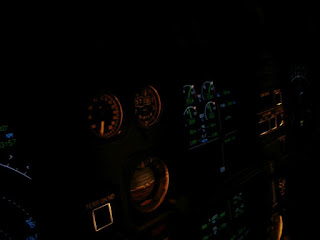 And finally approaching Lisbon for a manual landing!

Unfortunately this was my last flight with Air Luxor. The airline was in bad financial shape and even if it was sold to a new owner, Air Luxor didn't survive beyond 2006. But for sure, it was one of the most exciting projects in the history of commercial aviation in Portugal.
I have so many fond memories of this airline, including my first flight ever on an A330, in 2003.
Publicada por LisbonJet em 3:40 PM No comments:

I'm always happy to return to Helsinki: it's such a nice and safe place to visit! I was lucky to be there again very recently.

The aircraft for the outgoing flight was the A320 CS-TNV named "Grão Vasco", the last one received brand new from factory, in 2009.

This time I decided to explore a neighbourhood that was yet unknown to me. It was a nice walk but with nothing special to tell about it.

When leaving the hotel for the stroll, it's impossible to be indiferent to the Finnair Skywheel. 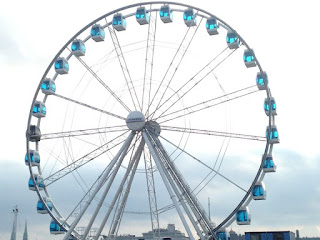 And then I started my walk through Pohjoisranta starting with this nice ship. I was surprised to get a different view of the beautiful Uspenski Cathedral! 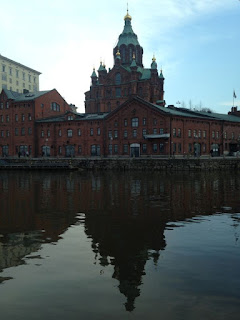 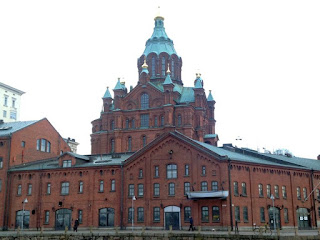 Proceeding with the coastal walk, these are the views we can enjoy. 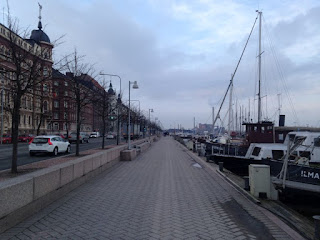 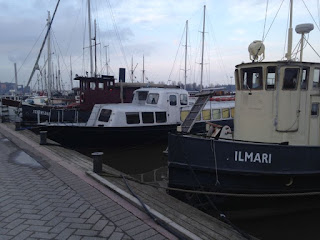 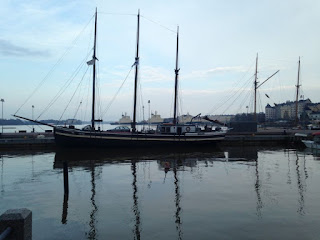 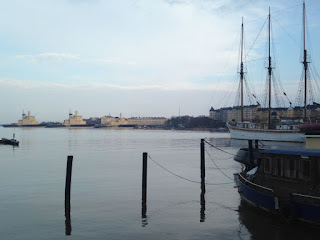 And what a nice way to end the stroll with an awesome sunset. The weather was cold but with a proper jacket it was perfectly bearable. No wind or rain also helped a lot. 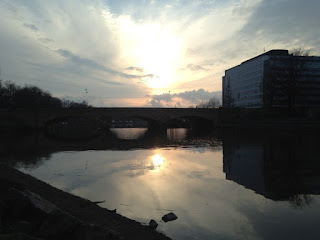 
After the sunset it was time to return to the center of Helsinki and find a place to have dinner. The Railway Square and its railway station designed by Alvar Aalto is always an impressive sight. 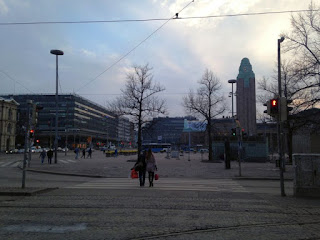 And some street art at the south end of Mannerheimintie. 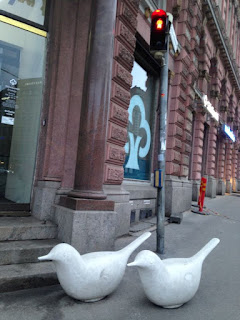 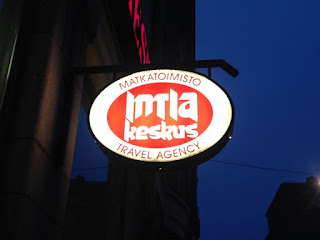 Since the first time I visited Helsinki in 2009 (full report has yet to be completed), I know the existence of this travel agency which has a shopfront with lots of interesting stuff for an aviation enthusiast: plenty of aircraft models at various scales. 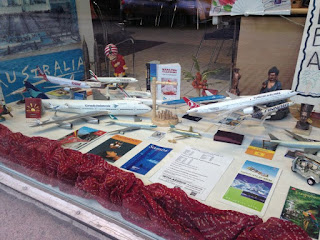 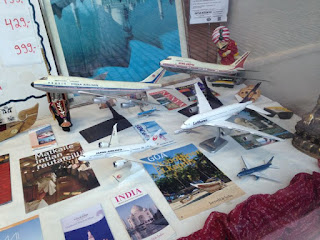 Everytime I go to Helsinki, it's impossible for me not to go there again and again... Even though they won't give me any of the models or if I don't have anymore space at home for them!

After having dinner I was alone in Helsinki (which I don't mind at all in this town) and decided to go to Kapelli Cafe at the Esplanadparken and stay there until midnight. Yes, they are open until that late! Surfing the internet or reading a book while drinking a coffee (americano type, which you can refill at your discretion without paying more for it) is always a good plan in this very enjoyable place. 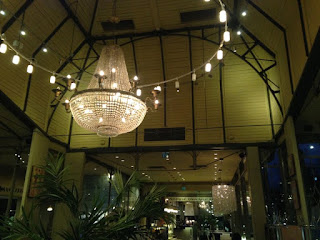 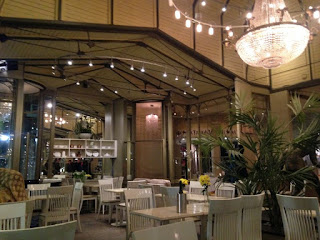 Even though this was an unsually long layover, soon it was time to return home. And now it's time to explain the title of this post.

At the airport I could see this interested ad announcing the brand new type - the A350 XWB - of which Finnair already took delivery of some aircraft:

At the parkind stand of our flight, an "old friend" was waiting for us - the Airbus A320 CS-TQD - which started its flying career with Swissair and which I know from the time it was part of Air Luxor's fleet. In fact, the following post on this blog will be about my first flight to Praia with CS-TQD in 2006, which was also my last flight with Air Luxor that went bankrupt a few months later.

Our departure time was at 3:45 (local time) so when we took off it was still night time. But at 13000 feet and after passing through the layer of clouds we were presented with this illuminated sky by the moon which was about to disappear under the horizon line. 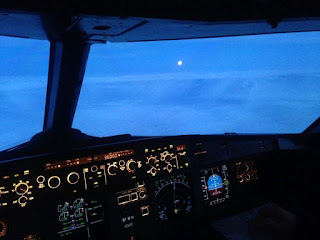 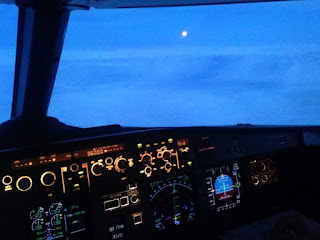 What a wonderful sight from the flight deck... 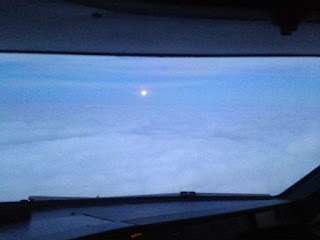 Although it cannot be seen in these photos, Jupiter was also a brilliant dot visible to the naked eye - confirmed by the Star Walk app.

Back to the passenger's cabin and looking at the Foward Attendant Panel, it is clear that we are really on board CS-TQD, named "Eugénio de Andrade". 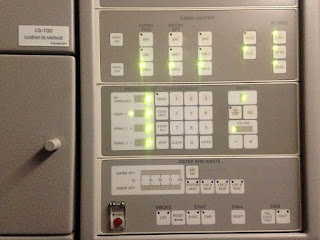 Business Class after the sunrise: 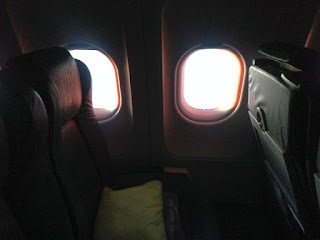 It's nice to see that our old logo is still present and "flying" around. This is the front door of an ATLAS container.

The flight back to Lisbon always reminds of my very last L-1011 flight on the same route, nine years ago (outch!). And just before top of descent, another view of the A320 cockpit... 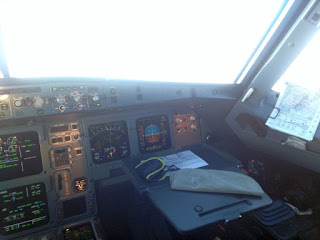