I was not that enthusiastic about my first stopover in Belém. However, I was decided to give it a chance. I had to... it was a long stopover.

During our approach to Belém Intl Airport I could spot the rainforest and the waters of Baía de Marajó. It looked a promising landscape. After we landed, a huge thunderstorm with heavy showers of rain and intense electrical activity suddenly developed. Yeah... quite tropical here!

Being very close to the equator, it also means that you go from day to night very, very fast. When we arrived to the hotel, it was already completely dark. I went to sleep...

The next day we planned to visit and to have lunch at Mangal das Garças which is an ecological park established in 2005, near the old town.


We were hungry so the visit to the park itself would have to wait. Manjar das Garças was the chosen restaurant for our lunch. And it looked pretty nice. 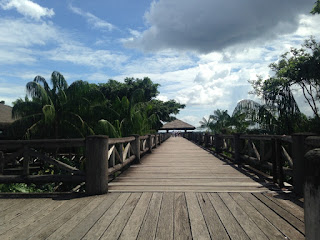 From the stilt walkways we had these nice views over Guamá River. 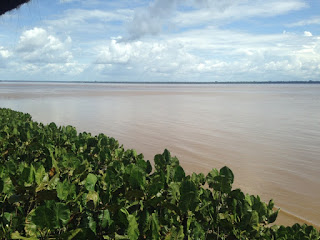 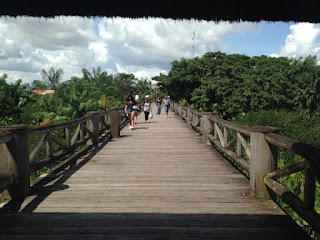 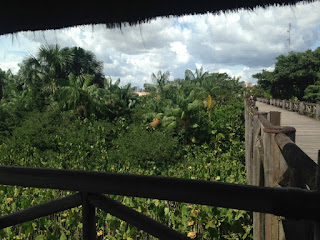 Manjar das Garças is a buffet type restaurant, which is a very appealing concept for me. Even if you don't expect it by judging my skinny appearence, i really like to eat a lot, without restrictions! And to be perfect I could listen to live music at the same time, including one of my all-time favorite songs - Linger/The Cranberries.

And then, after our very nice lunch, it was time to finally appreciate the diverse fauna and flora of the park. 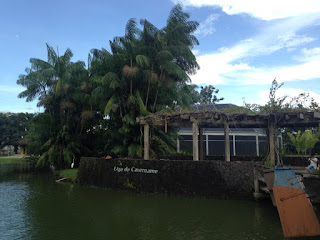 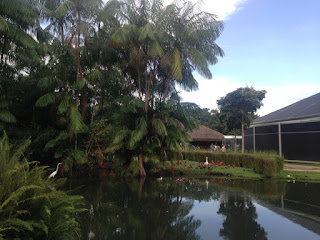 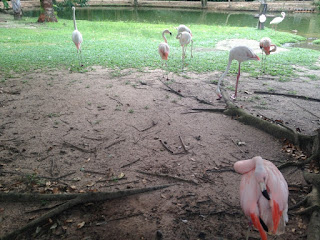 All in all we spent a pleasurable afternoon at Mangal das Garças!

In the town, everybody was going crazy about the local soccer team (Paysandu) that was going to play a very important match that day. In the dramatic clash with Remo, the goal of their victory (2-1) was scored just two minutes before the final whistle! Paysandu Sport Club clinched their second title in a row. And the locals celebrated all night long!


Xícara da Silva was another restaurant that had good references from our colleagues that were previously there. So the next day we went there for dinner.

Indeed, it has a very nice decoration and atmosphere and the food was great. 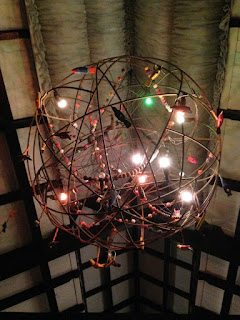 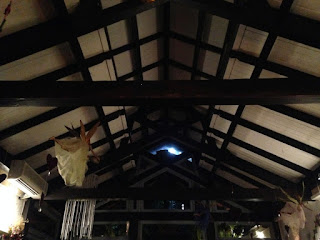 
And finally it was time to go back home. But not before a wing view over the tarmac and the airport terminal. 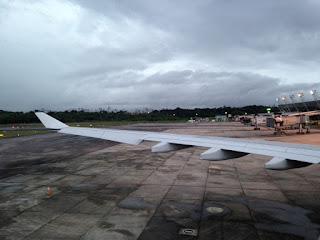 An Airbus A330 wing for sure... that would take me on another journey across the Atlantic!
Publicada por LisbonJet em 12:59 AM

Email ThisBlogThis!Share to TwitterShare to FacebookShare to Pinterest
Etiquetas: BEL